It ended the 16 th edition of the Mediterranean Video Festival, an international festival of documentary film
The jury, Tony Shargool Jamal Ouassini and Alessandro Pesci awarded the prize for best documentary at Jazzta Prasta or wich are bulgarian notes Andrey Slabakov, (Bulgaria), for the following reasons: for relevance to the topic, for the view that offers the little-known reality of traditional Rom music, the focus on the reality of  mittlel Europe, from the outskirts of Sofia to the distant Pakistan, accompanied by accordionist Martin Lubenov. 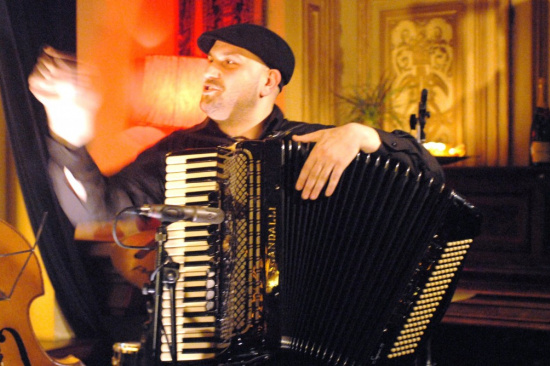